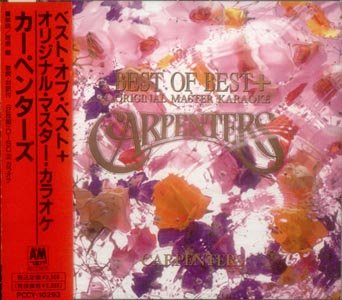 BEST OF BEST+ was released with two intentions – one, to present a bunch of Carpenters tracks in newly remixed form – and two, to present those same tracks in karaoke form (no lead vocal). The karaoke tracks are listed separately under ORIGINAL MASTER KARAOKE – YESTERDAY ONCE MORE.

The set was packaged in a “fatboy” case with one side holding the vocal disc, and the other side holding the karaoke disc and booklet, which contained credits and English and Japanese lyrics.