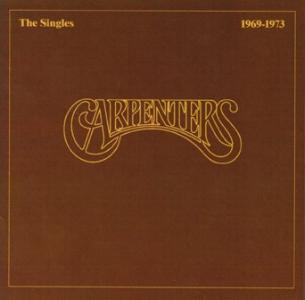 This was the first compilation of Carpenters material, occurring during the duo’s career and released during a period of intense concert-performing rather than producing a new studio album.  In spite of that, this 1973 album presented fans with new ways to hear the old songs, starting with an uncredited overture before the first song, and including a re-recorded version of their first hit along with segues to link several more songs. The result was a very listenable album rather than just a collection of tracks.

There are several common versions of this album.  The original LP was transferred to CD in the ’80s.  In those versions, the “trilogy” that concludes side one of the LP is sped up.  On the quad version of the LP, without Richard’s participation, certain phrases and takes vary from the familiar standard LP version.

Sometime in the early ’90s, a stealth remaster, possibly in Canada and elsewhere, used a remix version of “Yesterday Once More.” In 1998, for the Remastered Classic, Richard slowed the trilogy down to a more normal speed, and “Yesterday Once More” returned to its original single mix.

In 2014, three different versions of the album were issued in Japan. One was a stereo-only SACD pressed on SHM material. The second was an SHM-platinum CD, and the third was a plain SHM-CD. All used the same mixes as present on the Remastered Classics version with new mastering by Richard & Bernie Grundman in February of 2014, and included typical Japanese niceties in the packaging of the mini-LP discs.

Also in 2014, a vinyl issue on 180 gram vinyl was issued as part of the “Back To Black Vinyl” series. Reports are that different mixes were used with the segues gone and the intro missing.

2020 saw the limited release through Target stores of a clear bottle vinyl issue of the album. Sharp-eared fans noticed right away that the version of “Yesterday Once More” was a 1985 remix that was mistakenly used instead of the original single mix. The booklet also mistakenly used some Thai titles for song lyrics on the last page.

Below are scans of the original booklet included in the LP version, with notes that were appropriate for the time. 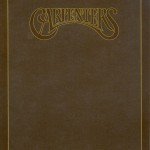 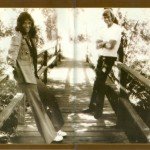 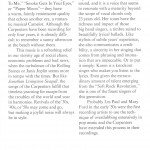 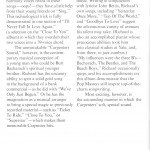 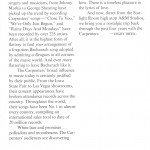 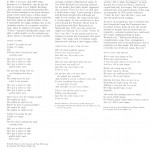 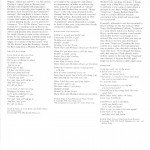 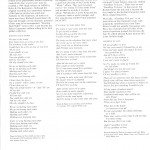 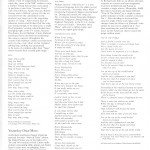 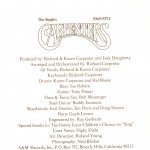 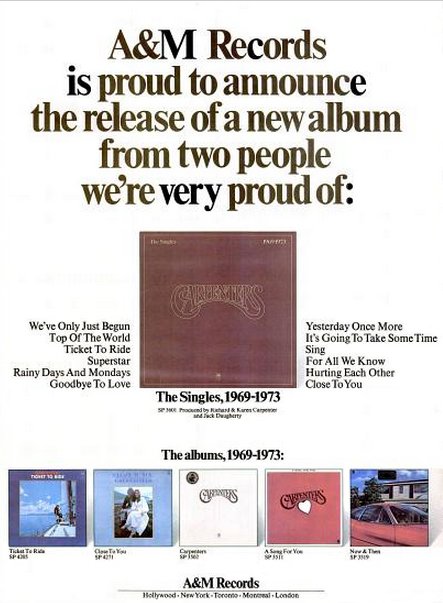