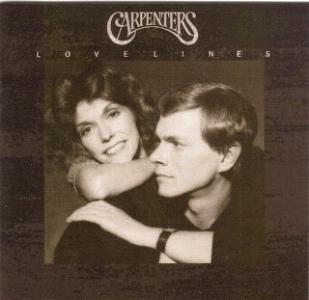 After Richard experimented with his own album, TIME, and produced a few others for vocalists Akiko Kobayashi, Scott Grimes, and Veronique Beliveau, he once again turned to some leftover Carpenters tracks to compile “one last album.” The result was LOVELINES, which combined some tracks from Karen’s solo album with some other finished and unfinished tracks, and it all surprisingly hangs together as a pretty decent album in its own right.

Richard remixed a couple of Karen’s solo efforts to give them a more “Carpenters” feel, with pretty good success. On the song “Lovelines” he brought Karen’s voice more forward in the mix and shortened the song a bit. On “If I Had You”, Richard added a more dramatic cold ending to the record. Of course in 1989, no one had yet heard the solo album tracks, so chronologically these actually seemed like they were the original mixes.

For the Remastered Classic version of LOVELINES, Richard also removed a little repetitive thumping noise in “Kiss Me The Way You Did Last Night” that was present in the instrumental guitar break at 2:46.

Original hype sticker for both LPs and CDs of this album: 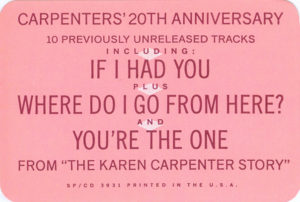 Recreation of original promotional ad for this album: 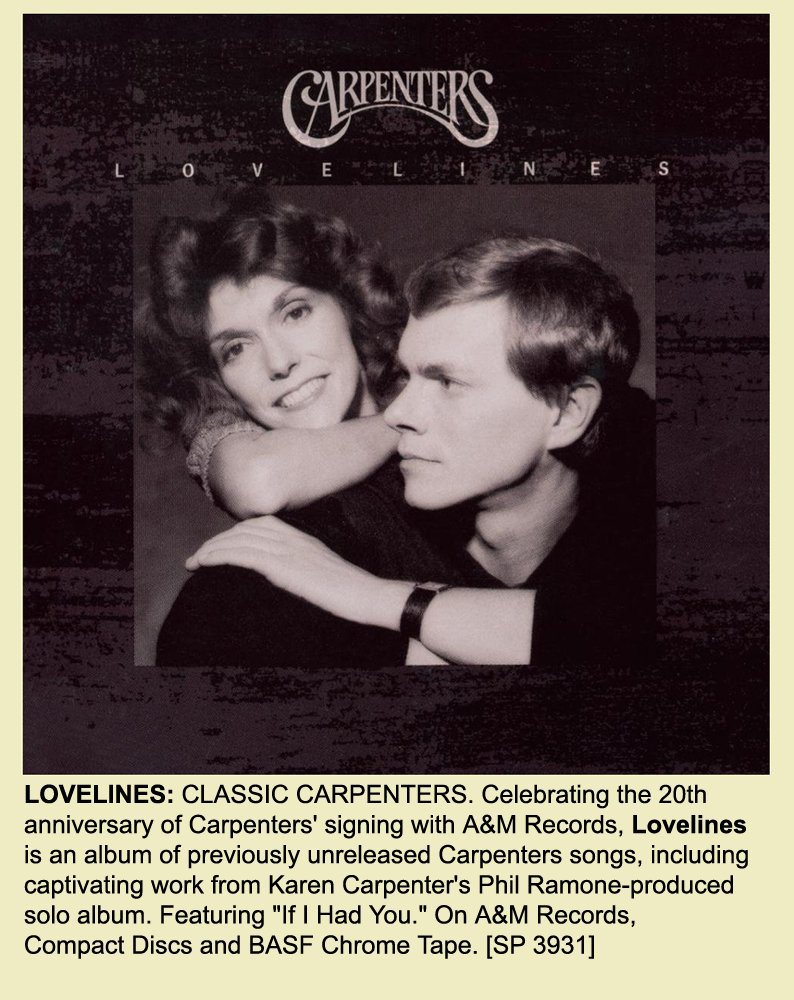