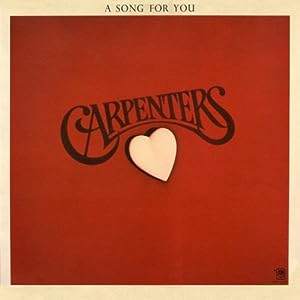 On this day in music history: June 13, 1972 – “A Song For You”, the fourth studio album by The Carpenters is released. Produced by Jack Daugherty and Richard Carpenter, it is recorded at A&M Studios in Hollywood, CA circa Late 1971 – Early 1972. The album is originally conceived as a concept album, with two versions of the title track beginning and ending the album sides. It will also be the last Carpenters album to carry a production credit for Jack Daugherty who is the brother/sister duos’ A&R man at their label. Daugherty had been receiving a producers’ credit when in fact he had been just booking studio time for the musicians when Richard Carpenter had been doing the actual production and arranging work from the beginning. Daugherty’s firing will result in a legal battle that will not be settled until 1981 in The Carpenters favor. “A Song For You” will spin off five hit singles in the US including “Hurting Each Other” (#2 Pop), “Goodbye To Love” (#7 Pop), and “I Won’t Last A Day Without You” (#11 Pop). “A Song For You” will peak at #4 on the Billboard Top 200.

Reprinted with permission of Behind The Grooves, the daily music blog hosted by Jeff Harris.