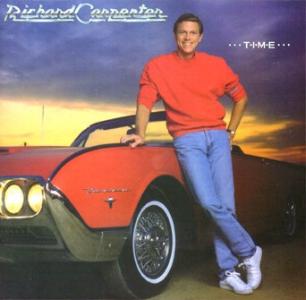 Richard’s attempt at going solo following Karen’s passing resulted in this album, TIME. Started in 1985, the album didn’t get to market until 1987 as real-life adventures kept Richard occupied for a lot of the time.  It contains a number of Richard-vocal tracks, three guest-vocal appearances by Dusty Springfield, Dionne Warwick and Scott Grimes, with a flugelhorn solo by Herb Alpert on “When Time Was All We Had.”  The song “Something In Your Eyes” got a little bit of radio play, but overall the album was not a success and quickly went out of print.