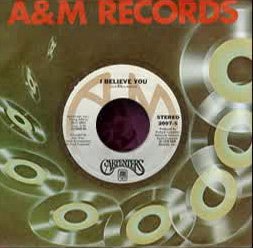 A mono folddown exists on the promo 45 single.

SACD 5.1 surround mix: uses a portion of a different vocal take on the second verse
– THE SINGLES 1969-1981 SACD on surround layer

Regarding the SACD surround mix: This one has some of the most dramatic differences, mainly in the lead vocals. *Some* of the phrases sound like the takes we have been listening to all these years, but most of them sound to me like the “work leads”, or at least an alternate take. The lyrics are sung differently at 0:45, instead of “…when you say that everytime that we make love…”, Karen sings “…when you tell me everytime that we make love…”. You also hear certain “oohs” throughout the song that are brought up in the mix on the lead vocal track that were otherwise buried in the original mix. Instrumentally, the bongos are much more “present” and positioned more dominantly rear left. The French horns are have better separation and all of the string swells are also much more present, primarily in the left as well. I also noticed a substantial amount of reverb on the drums, at least where the “fills” are concerned. 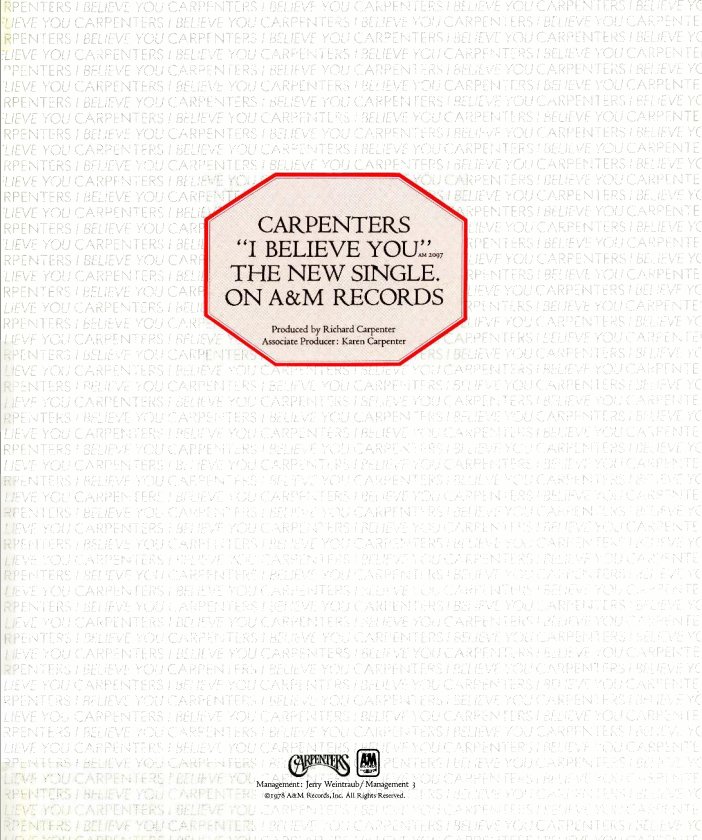