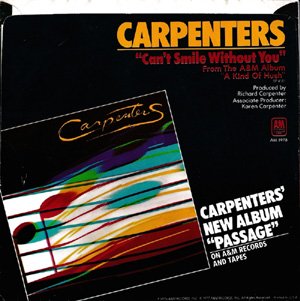 Chris May says,
The remix in ’78 also included a few other changes in addition to alternate lead on the first verse. The Fender Rhodes was re-recorded with a little more energy for the intro and first verse, splicing the new intro/verse together with the rest of the ORIGINAL instrumentation (including original Rhodes track), from the pickup into the second verse to the end. There is also additional orchestration at the instrumental section on the single mix, not found on the the original album mix. This complete ‘version’ if you will was also the version heard remixed yet again in later years…