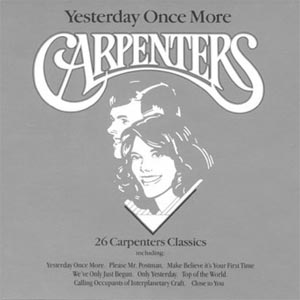 This version of YESTERDAY ONCE MORE was issued in Great Britain in 1984. Being released at just the start of the CD age, it got a very limited release on that new format, and is more common in vinyl form. The outside cover is a classy mirrored silver on silver and the inside of the gatefold is very similar to its later US counterpart.

The track listing is a bit different and it features none of the ’80s-and-beyond remixes. Its claim to fame is that it contains both the single version of “Please Mr. Postman” and the original vinyl mix of “Those Good Old Dreams,” which is found nowhere else on CD. Richard has adjusted several of the old tracks that had synth parts to either eliminate or greatly reduce them, so this one has all been excised from the catalog, existing only on the original LPs and here.

The theory on why this one is so rare is that it was initially an LP project under the combined parentage of EMI and A&M as one of those “seen-on-TV” compilations. As 1984 was also right at the beginning of the CD era, it may have been that EMI did not have the proper clearances to release the set on CD – and it’s a known fact that A&M was preparing its own two-disc set called YESTERDAY ONCE MORE in the upcoming year. One can imagine a cease-and-desist letter arriving in EMI’s mailbox.

The 1985 compilation would feature a number of Richard’s new remixes to some of the older tracks as incentive for fans to buy the set, but this older 1984 set had none of that. The only remixes found here were the ones done for the 1973 album SINGLES 1969-1973, including the segued “trilogy” that ended side one of that album.

Advertising flyer for this compilation: 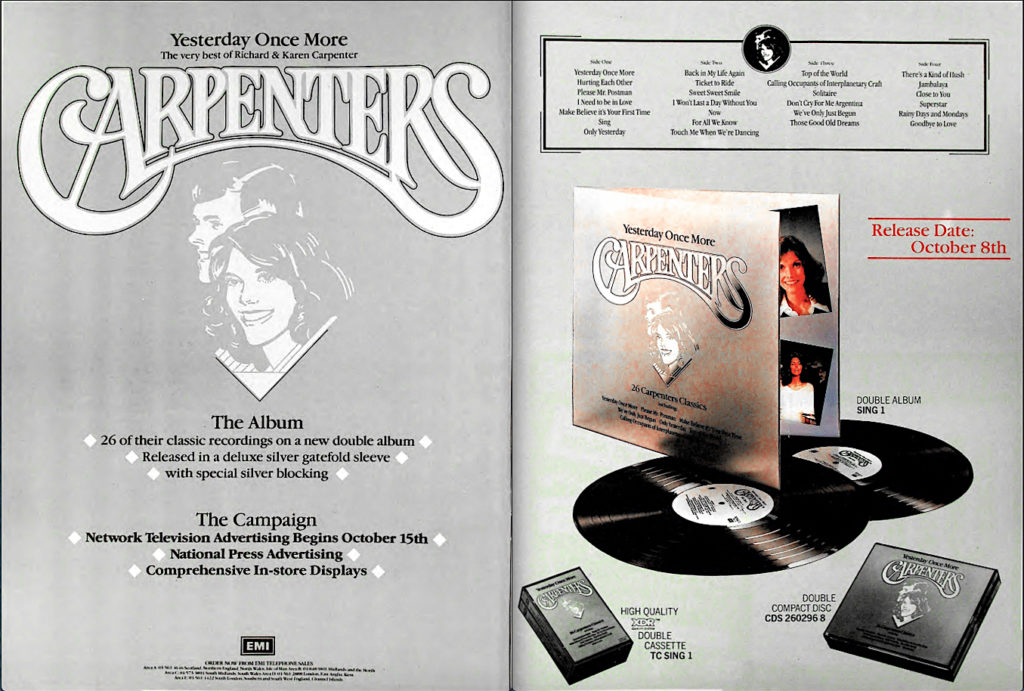