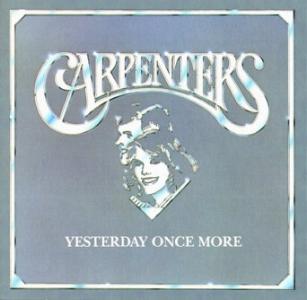 YESTERDAY ONCE MORE was released in 1985, and was an updating of a prior limited “TV” release. Sensing that the fans wanted something even more, Richard set about revising the TV set by rearranging the track order and doing some remixing on some earlier tunes to give them a more modern sound.  This involved beefing up the bassline, tweaking Karen’s vocals with some reverb, and updating his own piano parts to be re-recorded in stereo.

The result was a very popular 2-disc set of the duo’s biggest hits. Like its earlier predecessor SINGLES 1969-1973, YESTERDAY ONCE MORE featured a number of tracks lightly segued together to make for a seamless listen.

The set was so well done that two years later, for A&M’s 25th anniversary, it was simply repackaged as CLASSICS VOL. 2 with a new catalog number of CD 6750.

Original promotional ad for this compilation: 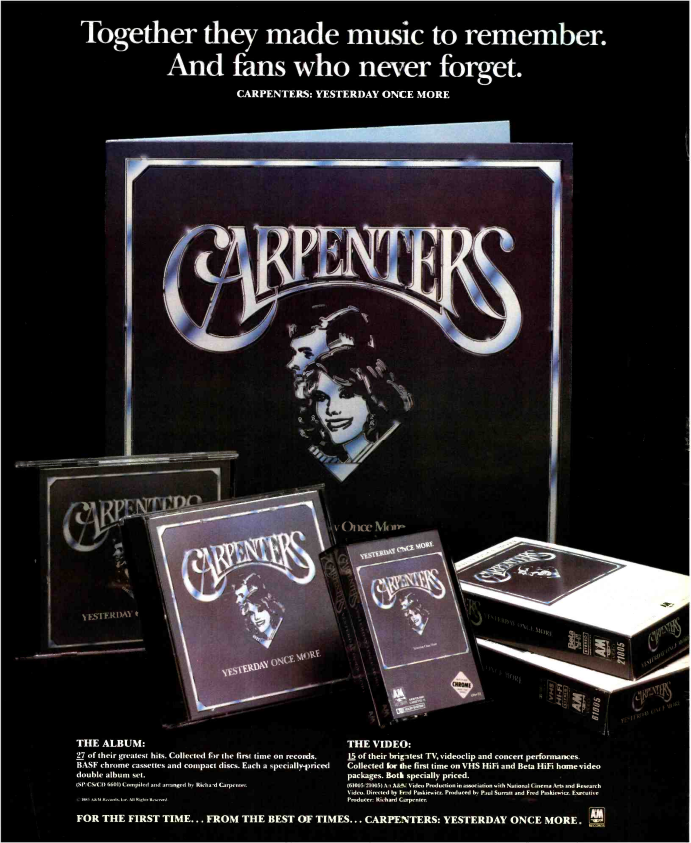