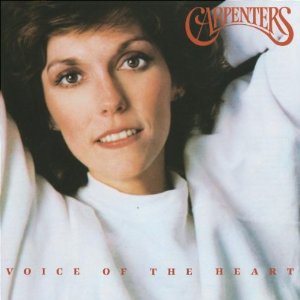 February 4, 1983. On that day I lost my sister, a dear friend, and my professional partner. The world lost a beautiful spirit. Karen had not only a voice that was heaven-sent, but a personality that warmed the lives of everyone who had met and known her. She was with us only 32 years. Though my family and I will never get over losing her at such an early age, we can take comfort in the marvelous legacy she left us all. Herb Alpert and Jerry Moss gave us the opportunity to record and due to that opportunity Karen’s voice touched and will continue to touch the lives of millions. That was a privilege she was very proud of… as I am proud of her. She is greatly missed. – Richard Carpenter

VOICE OF THE HEART was released in 1983, some eight months after Karen’s passing. She’d worked on one recording session for their next album that included “Now” and “You’re Enough”, and the rest of the album was compiled by Richard from the leftover tracks from prior albums.

Surprisingly, some of these “leftovers” turned out to be pretty good, and one wonders why they were left behind in the first place. “Ordinary Fool” and “Your Baby Doesn’t Love You Anymore” are among the favored tracks by fans, along with the poignant “Now” and “Look To Your Dreams.” 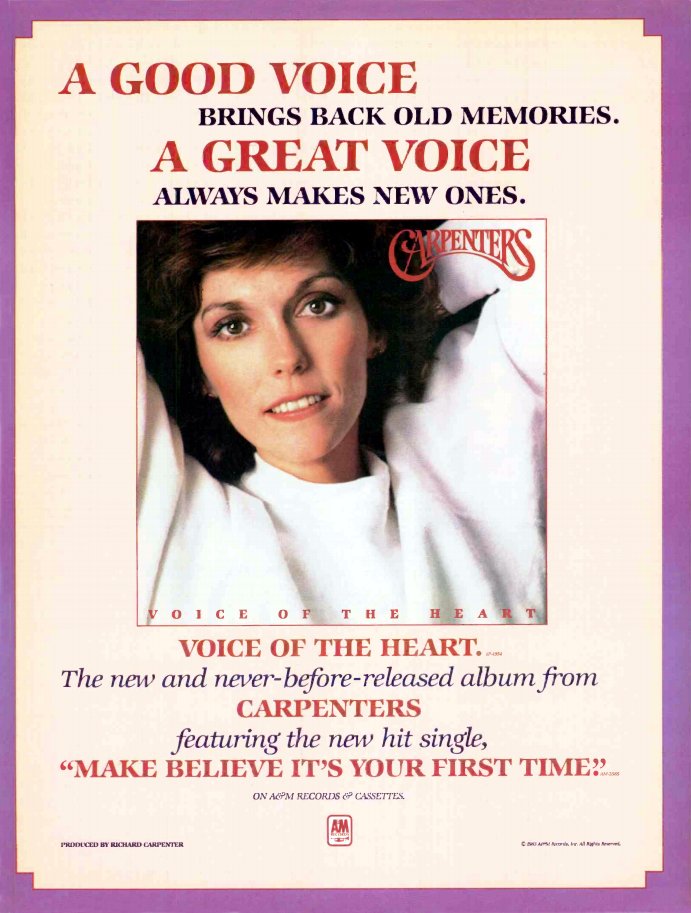