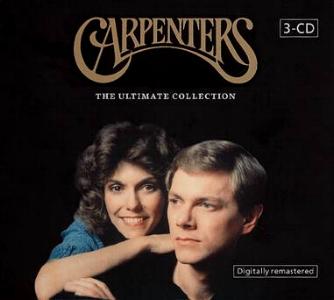 In 2006, Universal in the Netherlands issued this three-disc compilation. It put all of Carpenters hits in roughly chronological order on two discs, and as a bonus, included a third disc with a few Karen and Richard solo tracks.

The big surprise here though was that the masterers used all of the Remastered Classic series album tracks to compile this. This then, in essence, is a complete original-mix compilation. The set went out-of-print almost immediately after its release and was replaced with a similar track list that had nearly all remixes on the early stuff. It is widely believed that these original mixes on a compilation were not fully authorized by Richard and thus quickly replaced. Nevertheless, the official website hailed this package at the time of release. But, as a result of the mysterious withdrawal, this compilation, in its original form, has become rather rare and highly sought-after.

One way to tell if you’ve gotten this original set is to look for the inclusion of the track, “Goofus”. It was replaced by “Sandy” on the replacement set. The packaging is a quad-fold digipak.

Fans searching for this set may want to seek out CARPENTERS COLLECTED, a 2013 re-issue of this same material.