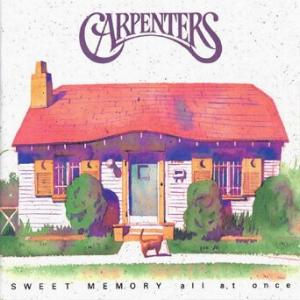 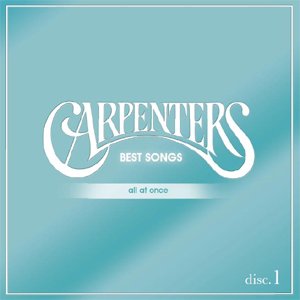 Disc One of a six disc set that was issued in Japan starting in 1994 and continuing through 1995. It was conceived as a mail-order club-type deal, where every month or so, you’d receive another disc in the set. This was a strictly limited edition set and is rather rare. Counting only their studio, non-Christmas releases, the full six-disc set represents 75% of Carpenters songs. This first disc gave the world its first listen to the remix of “One Love”.

Each disc had a loose theme, this one is “all at once.” Richard’s short note says: “The songs chosen for disc one of this anthology reflect the feelings of infatuation, love and an overall joie de vivre.”

In 2017, the SWEET MEMORY set was re-released in Japan as THE BEST SONGS with new, plainer artwork. Disc 1, “all at once” is pictured above.