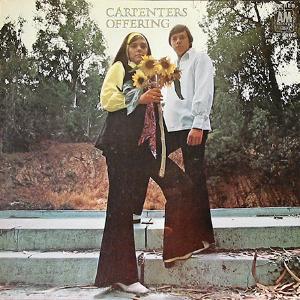 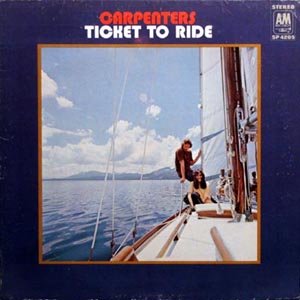 “Music is simple magic. A rhythm, a melody, a dash of words…presto. It’s medicine for the soul, food for love, the essence of divinity, a reason for being. It can soar through an infinite range of ups and downs, strike a million dissonant chords, and topple the strongest resistance. But for all its travels, however wide, however deep, it never forgets to make its simple offering. Enclosed, neatly tucked between the confines of this cardboard jacket, is one of the most beautiful gifts two people can offer. The vocal sound is a product of Richard and Karen Carpenter. In addition to the vocals Karen (age 19) plays drums on all the selections and on two of the offerings she plays electric bass. Her brother, Richard, sings, plays the keyboard instruments, composed ten of the songs, and arranged all of them.”

It is with pleasure A&M Presents: CARPENTERS

Chris May says:
– The recording for “Offering” began one week after the Carpenters signed with A&M Records, and was released on October 9, 1969.

– Recorded on the [then] standard, and sophisticated 8-track machine, the “Offering” album combined newly recorded material, along with a couple of demo tracks that were previously recorded at the home studio of session bassist Joe Osborn, on 4-track tape. “Your Wonderful Parade” was taken from the original 4-track demo master, given a new lead vocal as well as authentic strings to replace those taken off of the Chamberlain Music Maker key-strings as heard on the demo. “All I Can Do” was transferred over from the original 4-track demo master as well and featured on the album ‘as-is’; “Don’t Be Afraid” was also one of the demos originally submitted to A&M, however the song was re-recorded entirely on 8-track to be included on “Offering”.

– Karen played electric bass on (2) tracks, “All Of My Life” and “Eve”. Her original bass tracks on both songs can only be found on “Offering” (and later repackaged as “Ticket To Ride”), as session bassist Joe Osborn re-recorded both of the bass tracks for remixes to be included in “The Karen Carpenter Story” soundtrack. These revised bass arrangements can also be heard on all subsequent remixes of both songs.

The first album. The one that started it all. Based on some of the early demo material submitted to Herb Alpert combined with their refreshing take on The Beatles’ “Ticket To Ride”, the OFFERING album has quite a different sound from the later albums. At this point in time, Karen’s vocals were somewhat raw, she and Richard alternated lead vocals, and he wrote most of the songs. This resulted in more of a “group” sound that eventually peeled away on later albums to emphasize Karen’s natural lead-singer talent.

The album from the then-unknown duo struggled in the charts. Its single, “Ticket To Ride” managed to place in the 50s in the singles chart and got some airplay, but overall it was considered a failure at the time.

Repackaged and re-released after their second album hit big, the new title of TICKET TO RIDE has adorned the album ever since, making the original OFFERING artwork rather sought after by collectors.

Sharp-eyed “LondonRobert” on the A&M Corner spotted the use of a slightly different TICKET TO RIDE cover. Apparently a Japanese issued CD used a “THE” in front of CARPENTERS. That D32Y version also contained an extra track of “(They Long To Be) Close To You” inserted between “Turn Away” and “Ticket To Ride”. 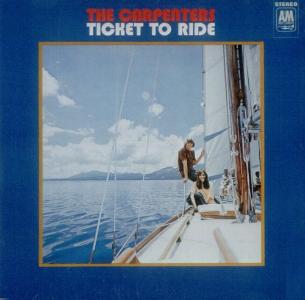 The UK’s MFP label issued a version of TICKET TO RIDE with a couple of alterations. They added the opening “We’ve Only Just Begun” taken from THE SINGLES 1969-1973 with the added “Close To You” vocal opening and the orchestral prelude, and concluded the album with the single mix of “Close To You”. They removed the “Invocation” and “Benediction” from the album, though.  The artwork for this 1979 release also was changed: 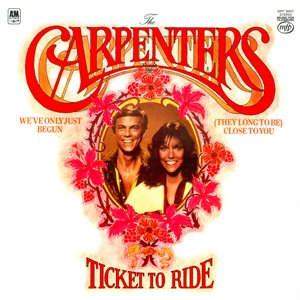 Much later, in 1994, PolyGram Special Markets reissued the album on CD in their Rebound Records series. 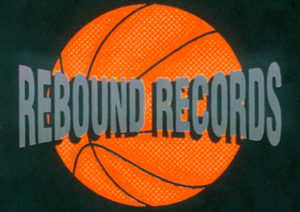