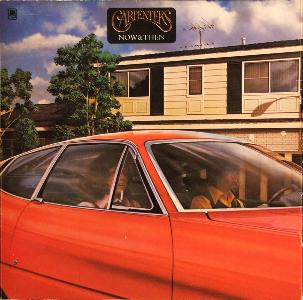 The followup to the monumental A SONG FOR YOU titled NOW AND THEN contained the huge worldwide hits of “Yesterday Once More” (#2 in the US) and the simplistic “Sing” (#3 in the US) by the SESAME STREET composer Joe Raposo, but it’s biggest and most unique attribute has to be the oldies medley that occupies the whole second side of the LP. Carpenters had been featuring an oldies medley in their stage show, glued together with Tony Peloso’s DJ schtick, and when once-again faced with a deficit of material when picking songs for this album, opted to include a studio version.

The song “Yesterday Once More” appeared on the original vinyl of NOW AND THEN in a slightly stripped-down state from the way it ultimately sounded as a single and on compilations in later years. It’s been theorized that because of time pressures to get the album out, the track wasn’t quite finished off in time. The listener will note the absence of the guitar and oboe figures toward the end of the track on the original album, and subsequently the Remastered Classics version on CD.

Other notable tracks include “Heather”, a faithful reworking of an instrumental song that had been played as the backing to a TV commercial of the day, and Leon Russell’s “This Masquerade”, a ballad just made for Karen’s voice.

The highly anticipated NOW AND THEN shot up the charts, reaching number 2 in June of 1973.

Promotional ad for Now & Then inside the tour booklet: 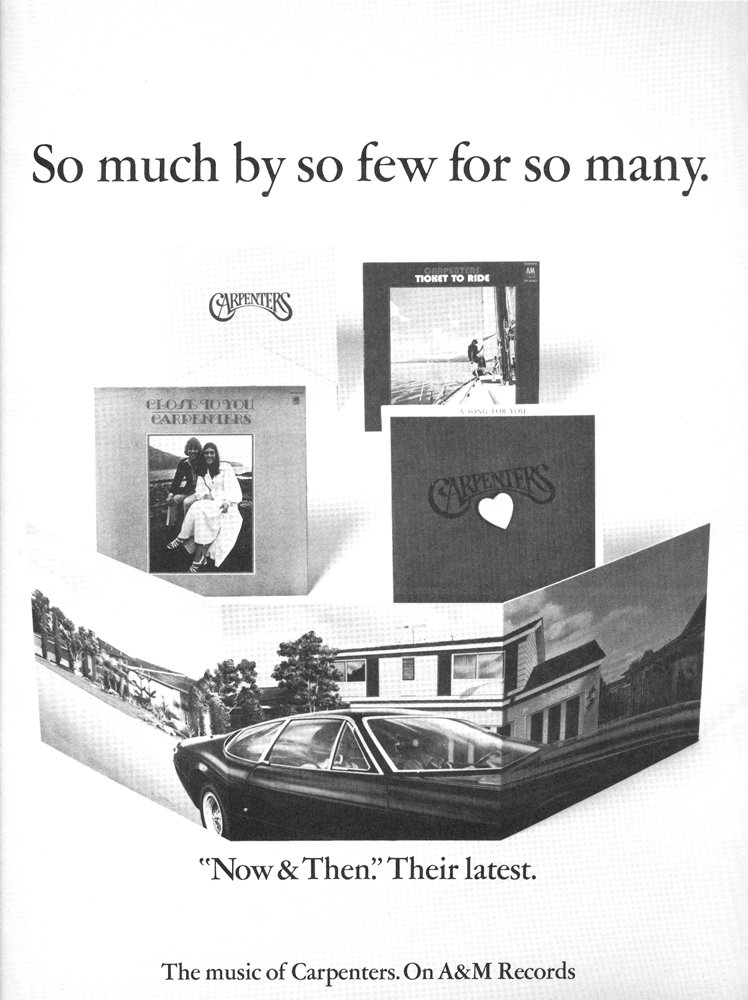 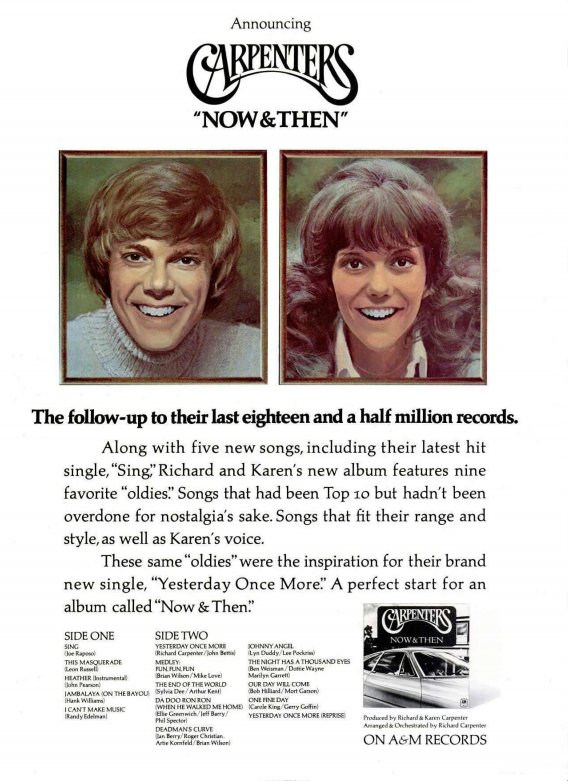