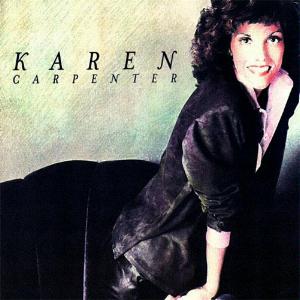 Much has been written about this album by fans, and much will continue to be bandied about.  This is Karen’s fabled solo album from the 1979-1980 period, shelved for sixteen years and finally released in 1996.  Four of the recordings had already appeared on LOVELINES, and a couple more showed up on box sets, so it wasn’t *totally* a new experience for fans. Some of those tracks were remixes by Richard for a more “Carpenters” sound, but the full solo album has the tracks as produced by Phil Ramone and as approved by Karen Carpenter (with just the one additional bonus, unpolished track.)

Prior to release, A&M released a promotional “wallet” version of the CD to radio stations. It had a company-type generic cover with the album’s fonts. It had a catalog number of 31454 0588 2 ADV, though the CD was the same as the released version. 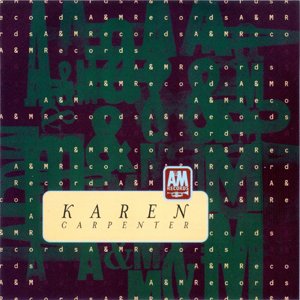 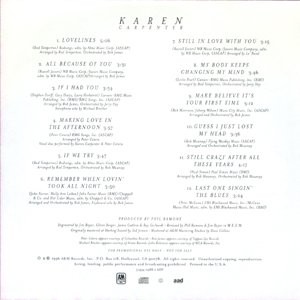