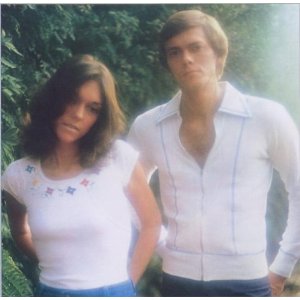 “Special Thanks To Ron Gorrow” Credits / Richard’s Arranging Style:
“I never really learned how to technically orchestrate,” Richard says. “There’s a credit that says ‘special thanks to Ron Gorow’. Ron is an actual orchestrator, and a hell of a nice guy, and he understands my idiosynchracies and we’ve been working together for over twenty years. I would usually work out all the instrumental parts on a piano and then Ron would sit next to me and write down what I played! I write music, of course, but I never spent so much time at it that it became second nature they way it is for Ron. Plus, I always felt it was a bore to sit down to write out music!”

In general, Richard works from the general to the specific, sketching out some rough ideas and filling them in later. “When I’m just starting the arrangment, I’ll listen to the song and I’ll think, ‘I want the strings to come in here.’ I can’t tell you at that point in time what exact notes they’re going to be, but I know I want strings. I’ll know also whether it’s going to be a single line or a pad.

“To me, the best things are inspired things that just fall out. Of course, this goes for writing tunes, too. Nichols and Williams said they wrote We’ve Only Just Begun in something like four minutes. And it didn’t take much longer for me to write Yesterday Once More. When I was arranging Superstar, for example, that horn lick [sings the horn part from bar 27] was just there – I didn’t have to stop and think about it. As soon as I heard ‘don’t you remember you told me you loved me baby’ I heard ba-da-da-dap-da–dada-da in my head.”

Carpenter says another crucial aspect of arranging is to pay a great deal of attention to the key, optimizing it for the singer. This means getting to know your singer’s capabilities and deficiencies intimately.

In the old days, when he arranged everything on the piano, he says he would “just picture it, and cross my fingers! Now, of course, with what I have in the other room [his current home studio – see sidebar], I can take home a rough, lay down a track and futz with strings and brass all I want.

“It’s so much easier now, with modern technology, because I can get some semblance of what the string parts are with my synths. Even though they certainly can’t duplicate them. But back then, there was nothing – I just had to envision them. There’s a setting on the D50 I like called ‘Arco Strings’ and it’s not as buzzy as some of the other ones. The buzzy ones really bug me. With the synths I can fine tune an arrangement more. And I can get it so I know exactly what it is before we go into the studio with the real musicians. When you add MIDI and sequencers, you have a great tool. You can fiddle around with things at home before you get to the studio, and sof course tuff’s so good these days that if you get proficient with the equipment you can just dump it onto the multitrack when you get to the studio.

“I don’t like the idea of becoming fossil, because I used to be up on all the new technology. It’s scary how fast things have changed. It doesn’t seem that long ago that the Arp Oddysey came out. I kept mine, I figured I’d show it to my kids some day. It seems like all anybody got out of that thing was that one sound, you know, like at the end of Emerson, Lake & Palmer’s Lucky Man: oo-wee-oo, wee-oo, wee-oo.”

In summary, the key to good arranging, according to Richard, starts with these steps: (1) Find a song you really like. (2) Make sure the key is exactly right for the singer. (3) If the arrangment doesn’t just “fall in your lap” through pure inspiration, build it up slowly, working from general ideas to more specific ones. (4) Weave instrumental and background vocal parts in and out of each other, and in and out of the lead vocal. Don’t bury parts by having too many things going on at once. Let the arrangment echo forward and backward to other parts of the song. (5) Don’t be afraid to stubbornly insist that players give you what you really want to hear.

Fan-favorite HORIZON was a long-awaited album. After NOW AND THEN in early 1973 and a compilation in late 1973, Carpenters continued their hectic touring schedule, pausing finally later in 1974 long enough to record “Please Mr. Postman” which shot up to number 1 in the charts. HORIZON was finally finished and released in 1975. “Only Yesterday” was culled as the next single and made it to number 4 on Billboard’s singles chart.

Following these peaks, as happens to all artists, Carpenters ultimate slide would begin. A third single, “Solitaire” could only muster a #17, while HORIZON itself only managed a #13 on the album chart.

Still, fans today love the bookending of “Aurora/Eventide”, the throwback “I Can Dream, Can’t I”, the cover photo, and the overall sumptuous production on the album.

Note: For some reason, the selections on this album were released on a number of gray-market “compilations” around the world. Obviously, some loophole in copyright law has been exploited and invariably, all of them sound really bad.  Stick with the original and don’t be disappointed.

Original promotional ads for this album: 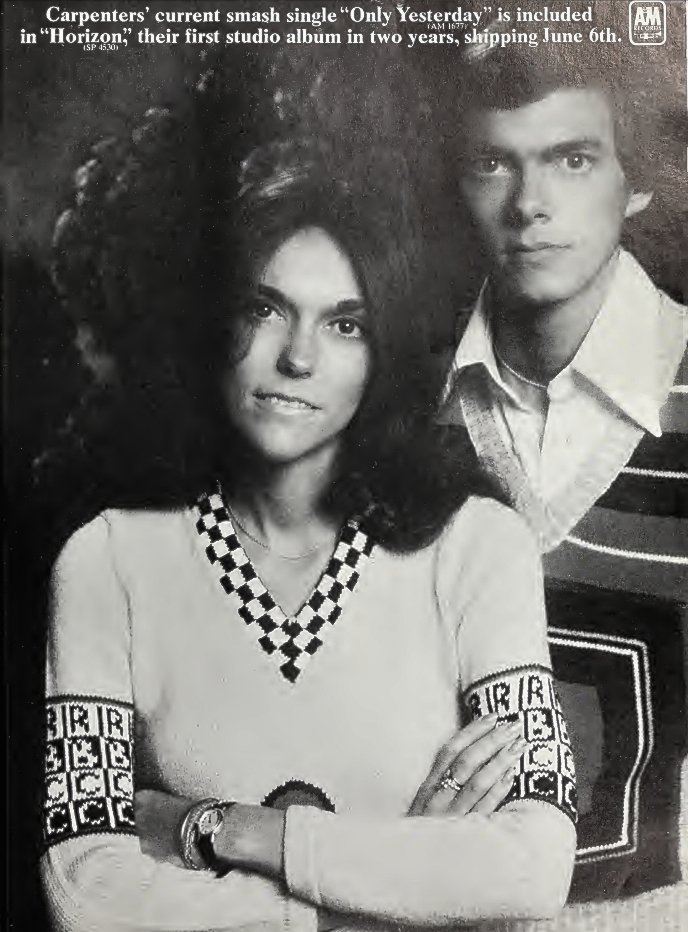 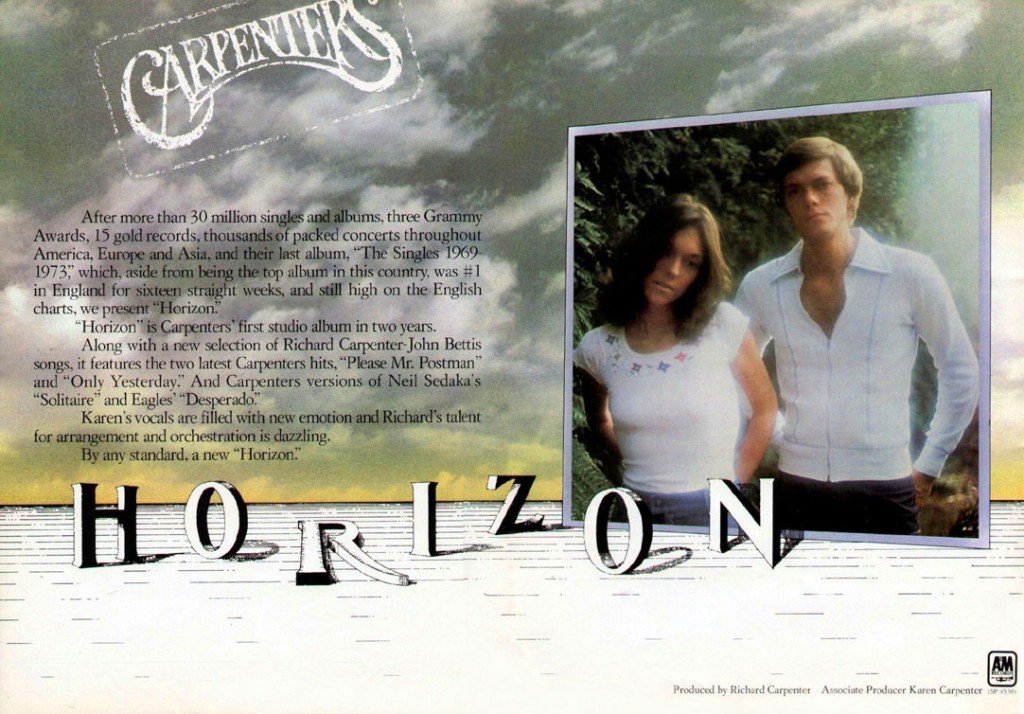