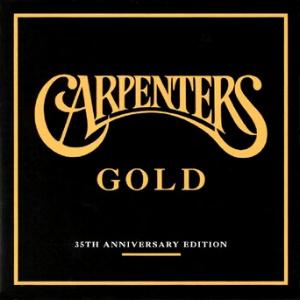 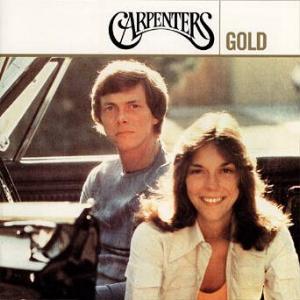 The US version of GOLD was released in 2004 as part of the 35th Anniversary celebration.  This two-disc set improved upon the number of tracks in YESTERDAY ONCE MORE by stretching it to 20 on each disc.  Included were three tracks that Japan had already gotten on AS TIME GOES BY, but that hadn’t yet appeared in the US, “Leave Yesterday Behind”, “The Rainbow Connection”, and “California Dreamin'”.  It also gave fans a CD version for the first time of the single mix of “Solitaire.”

Also in 2004, Universal A&M got together with Richard Carpenter to auction off 100 special pressings of the GOLD package, numbered and autographed by Richard. These sets had Richard’s signature and date signed with gold pen on the jacket cover; each CD had a “Collector’s Edition box on the face of the CDs with the number out of 100. The back insert also contained the number out of 100 in a special gold box. The date of February 2004 was also listed in these boxes. The auctions were held on Ebay and bidders could bid on any of the 100 that were out there. Toward the end of the auction, a small bunch of this 100 were put in frames and also auctioned off.

Much like YESTERDAY ONCE MORE/CLASSICS, the set was re-released a year later as part of Universal’s series of 2-disc sets called GOLD.  Gone was the ABBA-like black cover and the 35th anniversary subtitle, replaced with the shot of Karen and Richard in his car that had been used on AS TIME GOES BY.  The discs are identical in their content and catalog numbers.