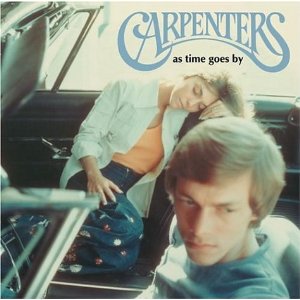 “The tracks in this collection span the years 1967-1980 and are culled from a variety of media: demos, outtakes, live performances, and television specials. The recordings encompass most of the Carpenters’ recording career and are an eclectic mix, ranging from Dizzy Fingers to My Funny Valentine to Dancing in the Street. I feel my track-by-track notes will be more illuminating to the listener if they are prefaced with a capsule history of the Carpenters.

In 1966, Karen and I had occasion to meet pre-eminent west coast studio bassist, Joe Osborn. Osborn had recently had his garage transformed into a recording studio and outfitted it with state-of-the-art recording gear, including a Scully 4-track recording console, Neumann U87 microphones and Altec 604 studio monitors. He and a partner were also the founders of a fledgling record label, Magic Lamp. Already on the roster were Johnny Burnette and Vince Edwards, amongst others, but Osborn was still looking for new acts to sign. As Joe routinely worked in the studios until midnight, Karen and I did not meet him until the wee small hours of an April morning. It was of little concern to us. Karen sang, I provided the accompaniment and on May 9, 1966 Karen signed with Magic Lamp as an artist, with me signing two days later to the publishing arm. Lightup Music. (Actually – neither one of us signed; our parents did, as we were minors, Karen 16 and I, 19.) Karen and I cut a number of sides in Joe’s studio, but due to the lack of promotion and distribution, only one single by each of the label’s artists was “released” before the venture folded in late 1967.

Joe never lost faith in us, however, and in the early morning hours or on weekends, he would get behind the console and let us record; even playing bass on a number of tracks. By mid-1968, the “Carpenters sound” had been created, with all of us learning on the job. A demo tape ultimately found its way to Herb Alpert’s desk in early 1969, and on April 22 of that year Herb’s partner, Jerry Moss, signed Karen and me to A&M Records”.

Richard returned to the studio toward the end of the millennium to generate one more Carpenters album. Comprised primarily of some older demo tracks finished off, along with a number of television soundtrack recordings, the album, AS TIME GOES BY is a mixed bag as an album.

It was released in 2001 in Japan, and held back in the US until 2004.  The US release differs only by placing the final “hidden” track into the main track listing. 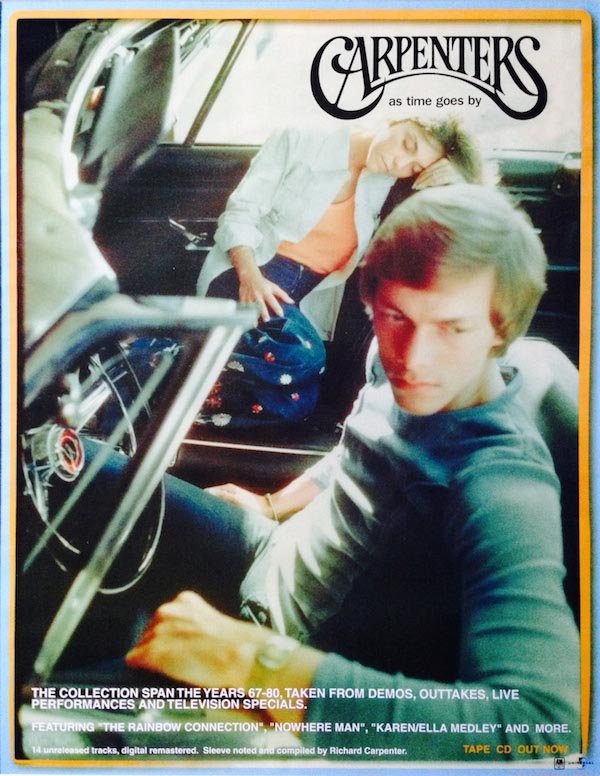