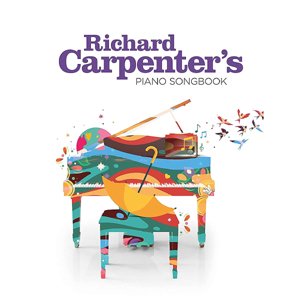 Richard Carpenter’s new album PIANO SONGBOOK, which is scheduled for US release in January 2022, has been released in Japan.

These early copies can be had through the usual Japanese retailers that do mail order to other countries.

The Japanese version contains an obi, of course, and comes with a special postcard with the album’s artwork on it.

Our discussion of the album has been taking place on the A&M Corner Discussion Forum, Join us!