IT HAS BEGUN TO ARRIVE- the long-awaited CARPENTERS THE COMPLETE SINGLES! 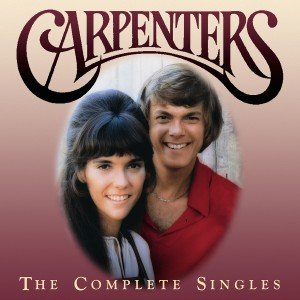 In late November and early December, many Public Television stations will be airing an updated rebroadcast of CLOSE TO YOU: REMEMBERING THE CARPENTERS. As part of their pledge drive associated with this airing, the stations will offer premiums that include the new, expanded DVD and also a brand new CD compilation featuring all of the A and B-sides to Carpenters’ US singles. This new compilation is exclusive to this Public Television project and will not be available in any retail outlet, so real fans who have been seeking out some of these rare mixes should take advantage of the offer and support their Public Television station.

The 3-CD set has beenissued by TJL Productions, has been compiled by Jim Pierson with assistance and supervision from Richard Carpenter, and has been mastered by the Erick Labson at Universal Mastering.

Our Resource has just obtained this release and we’ve verified and detailed all of the tracks and mixes used. Be sure to listen carefully yourself in case we missed something. Meanwhile, check out the discussion in our Forum and the new album’s page in our discography.